QC resigns from independent inquiry into historical sex abuse, France begins airstrikes against so called I.S. and M62 police call out comes back to bite them! 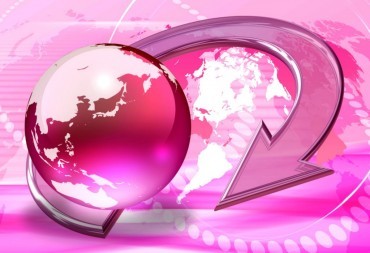 Ben Emmerson QC, the most senior lawyer working for the independent inquiry into historical child sexual abuse in England and Wales, has resigned amid speculation there was a difference of opinion with latest chair.

In his resignation letter, Mr Emmerson, who was suspended on Wednesday due to “concerns about his leadership”, said he was no longer the “right person” for the role, but denied he had stepped down due to a difference of opinion with chair Prof Alexis Jay.

Mr Emmerson’s resignation on Thursday evening came hours after it emerged that his colleague Elizabeth Prochaska – the inquiry’s second most senior lawyer – had stepped down on 15 September.

It’s been reported that France has begun air strikes against so-called Islamic State in Iraq from the aircraft carrier Charles de Gaulle.

A number of Rafale fighter planes took off from the carrier early on Friday and agency news quoted an officer on board saying the planes would take part in an attack on Mosul, an IS stronghold in Iraq.

France’s only aircraft carrier, the Charles de Gaulle, was sent to the region earlier in September.

Iraqi forces have gained significant ground in the battle for Mosul, which was occupied by IS in June 2014, and are expected to launch an offensive to retake the city soon.

3. LIAM FOX SAYS UK’S TRADE WITH EU WILL BE ‘AT LEAST AS FREE’ AFTER BREXIT

International Trade Secretary Liam Fox says the UK’s trade with the European Union will be “at least as free” after Brexit as it is now.

Mr Fox said it was in other countries’ interests to avoid tariffs which he said would “harm the people of Europe”.

He also predicted the UK would be a standard-bearer for global free trade and that Brexit represented a “golden opportunity” to forge new links.

The UK is unable to negotiate trade deals independently while in the EU so Mr Fox will be negotiating new arrangements with other countries after Brexit. Some have already taken place with countries such as Australia.

EDF boss Jean-Bernard Levy joined officials from the UK, France and China at the secretive ceremony in London.

Earlier this month, the government gave the long awaited go-ahead for the plant which will power nearly six million homes. It will be the UK’s first new nuclear plant in a generation.

The meeting was a second attempt at finalising the deal after Prime Minister Theresa May unexpectedly announced in July that she wanted time to scrutinise it.

5. 14-YEAR-OLD GIRL ABDUCTED AND RAPED WHILE WALKING TO SCHOOL

It’s been revealed that a 14-year-old girl who was abducted while walking to school was raped by “more than one man”.

Police have confirmed that the girl, who was wearing a school uniform, was snatched in a busy Oxford street on Wednesday morning.

The teeanger, who was found a mile away nearly four hours later after knocking on doors was abducted on Marston Ferry Road in the Summertown area of the city and driven away by two men in a small, silver hatchback, possibly a Volkswagen.

Police were later called by a member of the public to Cavendish Drive where the girl had gone for help.

6. SURVEY REVEALS MORE THAN 16M PEOPLE IN UK HAVE SAVINGS OF LESS THAN £100

A study by the Money Advice Service (MAS) has revealed that more than 16m people in the UK have savings of less than £100.

In five areas of the country, more than half the adult population has savings below that level.

Those areas are Northern Ireland, the West Midlands, Yorkshire and Humber, North East England and Wales.

The MAS said the findings were worrying and presented a particular challenge for low earners.

One in five women reported a common mental disorder such as anxiety and depression in 2014 compared to one in eight men, according to the survey of Mental Health and Wellbeing.

Mental health charities said the figures showed “nothing had improved”.

8. SECOND WAVE OF TUITION-FEE RISES GET GREEN LIGHT IN ENGLAND

A second wave of tuition-fee rises , applicable to all standards of university in England, has been given the go ahead.

This will take tuition fees over £9,500 for students starting university courses in autumn 2018.

The government has said higher fees will be linked to teaching quality – but plans released on this week suggest that all three quality bands can apply the same increase. This will also include those “significantly below benchmark in one or more areas”.

The government has already said an increase of £9,250 will happen for autumn 2017 – if the Houses of Parliament approve plans to lift the current cap of £9,000.

The report by the Federation Against Copyright Theft (Fact) said about half of its current investigations concerned the devices.

Some boxes or “TV sticks” support software add-ons that can stream subscription movies, sport and TV channels over the internet for free.

10..AND FINALLY….POLICE EMERGENCY CALL OUT COMES BACK TO BITE THEM!

Greater Manchester police cars were scrambled to the M62 things to assist with what was reportedly “a potentially serious assault” only to discover two people dressed as zombies!

A passer-by rang 999 early on Sunday evening after they believed they had seen a man biting a woman and assaulting her on the M62 between Manchester and Liverpool.

But when they pulled it over, they found two people wearing zombie make-up. They were extras on their way to an acting job!

A spokeswoman for Greater Manchester Police said: “”Officers were sent out to search for the vehicle as it is a serious incident. But when they found the car in question, they saw they were covered in fake blood.”