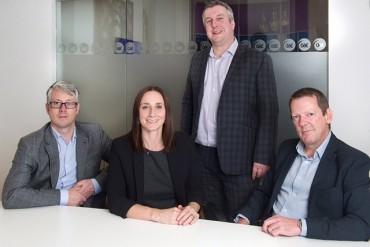 Mentoring isn’t just for young people starting out in business, it’s now being recognised by experienced business people as one of the most effective ways to succeed.  That’s the message from award-winning accountancy firm 360 Chartered Accountants as they launch their very own mentor scheme.

360 Mentor will support and advise business owners, helping them with business plans, growth and exit strategies, funding and organisational practises, whilst leaving them to get on with what they do best – having great ideas and eventually running very successful businesses.

“By nature, entrepreneurs tend to be free spirits and can often struggle with the sometimes chaotic nature of escalating business growth.  But it’s OK to ask for support and guidance.  It’s not a test!

“Our mentors help them access support for their project ideas and business, they deliver objectivity and focus as they work with them to provide a sounding board to help guide the way forward.  And we support all this by proposing and implementing organisational structure, keeping a constant eye on KPIs and performance.”

360 has been advising businesses since its inception in 2010.  360 Mentor was the next obvious step.  Andy Hayes, who set up web design company Indicoll Ltd in 2009, said:

“Sean Maloney from 360 has recently helped me through a business acquisition.  He has been invaluable to the process and I could not have done it without him.  He went above and beyond what I expected and supported me throughout, what became, a gruelling process.  360 Accountants really know their stuff.  I have moved all of my accountancy affairs over to them and continually refer business to anyone who will listen!”

360 Chartered Accountants was launched in 2010 by Andy Steele who had a vision of a 21st century firm that embraced modern technologies and working practices to the benefit of all stakeholders in the business.

The success of 360 six years later is testament to the team’s inherent skills.  From a start up company with a focused growth strategy, they now have a list of clients that is continually growing, an ever increasing number of staff and the need for three offices, to serve clients right across Hull and East Yorkshire.

Mentees also become members of the 360 Mentor Club, which holds regular meetings in which the mentors, mentees, local professionals and advisors get together confidentially to collaborate and bounce ideas off each other.

“Choosing to work with a mentor could be the best idea a business owner has ever had.  Let’s face it, even top sports athletes need coaches. Global business pioneers have gurus so, why not let us be yours?  We are also always available.  We give our mobile phone numbers to our mentees as an assurance that we are easily accessible and committed to their success.”