A World First in Technology to Prevent Jet Ski Theft 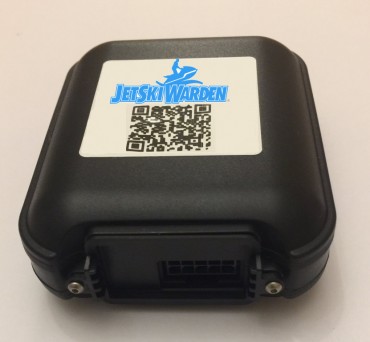 With thousands of watercraft being stolen every year and jet skis being the main target, a leading boat and marine technology company has come up with the perfect solution.

JetSkiWarden uses the latest state-of-the-art technology to digitally connect owners with their jet skis, using an app on their mobile phone or tablet which allows them to track, recover and even immobilise them when necessary.

It’s been brought to the market by Boatwarden, the world’s foremost “Internet of Things” developers for the marine industry – a collaboration between Irish inventor, engineer and boating enthusiast Kevin Hennessey and Yorkshire entrepreneur Tom Cone, who has a proven record with cloud computing, digital distribution and eCommerce.

“We have adapted our patent pending technology to target opportunist thieves, organised gangs and career criminals, who often steal jet skis and other watercraft to order. But they need to be more careful now because JetSkiWarden is much more than a tracker. This is something entirely new.

“We’re using IP developed for our extremely successful OutboardWarden system to allow owners not only to track where their jet skis are, but also to find them anywhere in the world, on land or at sea, using GPRS and GSM technologies.  Owners are alerted immediately once their jet ski goes beyond the perimeter of the pre-set Geo-Fence.  A message is also sent to the owner’s chosen support network – marina managers, a neighbouring boat or local security.  Using an app on their mobile device, owners can also immobilise the craft so that it can’t simply be ridden away.  Whether they’ve left it on their boat, on a trailer or in the back of their pick-up truck, the jet ski won’t work until they have personally reactivated it.”

JetSkiWarden’s twin-track technologies also make it easier for owners to work with the authorities to apply the full power of the law to successfully catch and prosecute those at fault.

“The immobiliser also acts as a great safety measure for jet ski hire firms. If they notice someone is being dangerous on the water, once they have JetSkiWarden installed, they can safely switch off the engine and take back control so that any accidents are quickly averted.”

“JetSkiWarden is an amazing package of technology packed into a waterproof unit the size of a matchbox.  It’s the most affordable way to get a Guardian to watch over your jet ski, who will never rest, never sleep and never need a tea break!  It offers peace of mind for pennies a day.”

Boatwarden has already proved its expertise having just last year signed a major deal with the UK’s biggest outboard engine distributor, Barrus Marine, to supply their outboard engine security system.  OutboardWarden is best described as a digital padlock with an invisible wi-fi connection between the boat and the engine which, once broken, triggers an automatic alert to boat owners and other authorities that the engine is being stolen, and GPS tracking can begin immediately.  It’s also being seriously tested by major insurance companies who insist a padlock is fitted to all engines before providing insurance.  JetSkiWarden is based on the same technological principles.

For pricing and installation enquiries and more details about the global network coverage offered, please contact Tom Cone at Boatwarden on(+44) 01 202 912651.