What will happen to the controversial Tampon Tax post-Brexit? 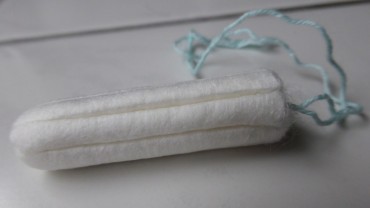 Now that the government has opened the next funding round for women’s charities, the Tampon Tax issue has once again raised its head. It’s a tax that most people believe shouldn’t exist but under EU legislation VAT must be added to women’s sanitary products, despite them being essential products. The so-called Tampon Tax, though, could be abolished after Brexit when the UK takes back control of VAT law. But will it?

Andy Steele, Managing Director of 360 Chartered Accountants in Hull, says, without a shadow of a doubt, that it should.

“Tampons and other sanitary products are currently classed as ‘luxury, non-essential’ products, which is ridiculous. As such, there is a 5% VAT charge every time women and girls buy them. While this is the lowest rate VAT can be charged, it’s caused much controversy over the years, to the extent that in 2015 the government set up the Tampon Tax fund, which redirects the monies raised from sanitary products to charitable projects supporting women across the UK. This could be to support victims of domestic violence or help towards reducing rough sleeping and homelessness among women. It can also help vulnerable women through music therapy or to encourage them to participate in sport to improve their physical and mental wellbeing.

“While this is a fantastic use of the tax raised, the fact that these items are subject to VAT in the first place is wrong. Have you ever heard women and girls say they’re a luxury? The Tampon Tax should be abolished. Yes, it’s 5% is being put to good use by allowing worthwhile charities to bid for funding, and some people may not mind that, but the VAT still hits poorer families who are, in effect, having to make a charitable donation every time they buy what is an essential product. They can’t afford it, it’s as simple as that.

“Earlier this year, Minister for Women Victoria Atkins said the government was committed to abolishing the Tampon Tax when we leave the EU. I want to hold her to that. It’s an obscene charge on a necessity but with such uncertainty around Brexit, it’s difficult to know what will happen. VAT on other essential items like children’s car seats should also be scrapped.”