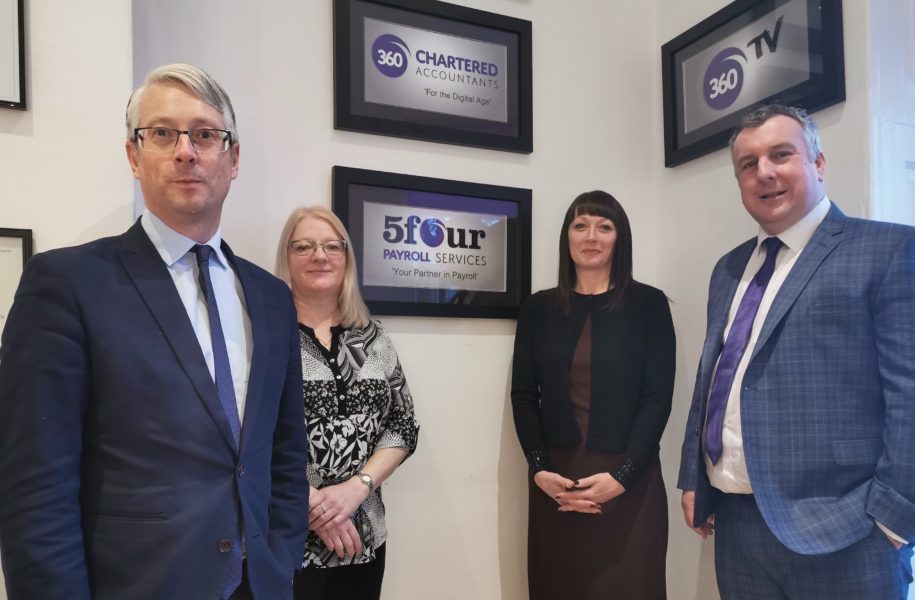 Hull and East Yorkshire-based 360 Chartered Accountants has announced a merger with its two sister companies, 5Four Payroll and 360 Mentor.

The move comes after a lengthy client consultation.  360 asked what they could do to improve people’s experience.  As many businesses use all three services – and so in the past have been receiving 3 separate invoices – from the 1st January 2020, clients will now receive a single invoice from 360.

Andy Steele, Founder and Director of 360 Chartered Accountants, which will be celebrating its 10th birthday next month, said:

“These mergers make perfect sense.  It’s been something we’ve been looking at for quite some time and we’re very pleased that our clients agreed.  It streamlines our own accounting process as well as simplifying everything for clients.

“The 5Four Payroll and 360 Mentor brands are remaining.  They will just formally come under the 360 Accountants umbrella.  There is no change in service offering.”

“Merging 5Four Payroll with 360 can only be good news for our clients.  We want to reassure everyone that it’s business as usual as far as we are concerned.  The only difference is that they will get one invoice for all their accounting needs rather than separate ones from different companies.  It will help their own bookkeeping as well as ours.“

“We see mentoring as an essential part of our relationship with clients and it’s been something that more and more existing and potential clients are asking for. Traditionally our profession has been seen as one that is a necessary cost but we believe that business people now view a good adviser as adding value not cost and this is something at the forefront of our service via 360 Mentor. Part of our mentoring work has been to look at simplification for clients and so this merger is just one way of showing that we practise what we preach.”